History has a huge effect on the way people live. It affects our culture, traditions, and even our own homes. American homes, in particular, have styles that reflect the country’s past. In this article, we take a look at these different house styles and how each movement started.

What are house styles?

Before we delve into different home styles existing in the country, it is first important to define what a house style is.

In the Merriam-Webster dictionary, homestyle is usually used to refer to things that have simplicity and familiarity. It is an unpretentious concept used to describe food; a home-style food reminds you of home. However, we refer to home or house style in this article to describe the architecture and design of a home.

According to the World Atlas, architectural styles that are most popular in the US are ranch, craftsman, and Mediterranean home styles.

America’s most popular home style, the ranch style, has a deep history. The style started after World War II. To answer the housing needs of soldiers and their families, architects and real estate developers developed economical homes that are simple yet functional.

A ranch-style home is a single-story home. Its defining features include a low-pitched roof, large windows, an attached garage, and simple floor plans. Through the years, ranch homes have seen variations.

A raised ranch, for instance, has two floors; this is to answer families’ need for more space. Some defining characteristics of the original style are still present; this includes the low-pitched gable roof, sliding doors leading to a patio, and large windows.

Another simple architectural home style is the craftsman. A craftsman home features a large front porch and handcrafted details scattered around the home. This style is commonly seen in Alabama and Washington.

The Arts and Crafts movement started in the 1880s. It is brought to America by Charles Sumner Greene and Henry Mather Green. Combining Arts and Crafts with Asian wooden architecture from China and Japan, they designed the first ultimate bungalow in the US.

Craftsman refers to any home style showcasing Arts and Crafts ideals. The style is simple and economical; it is most popularly seen in bungalow homes. Some defining characteristics of craftsman homes include a porch with thick columns, open floor plans, and built-in cabinetry and shelves. 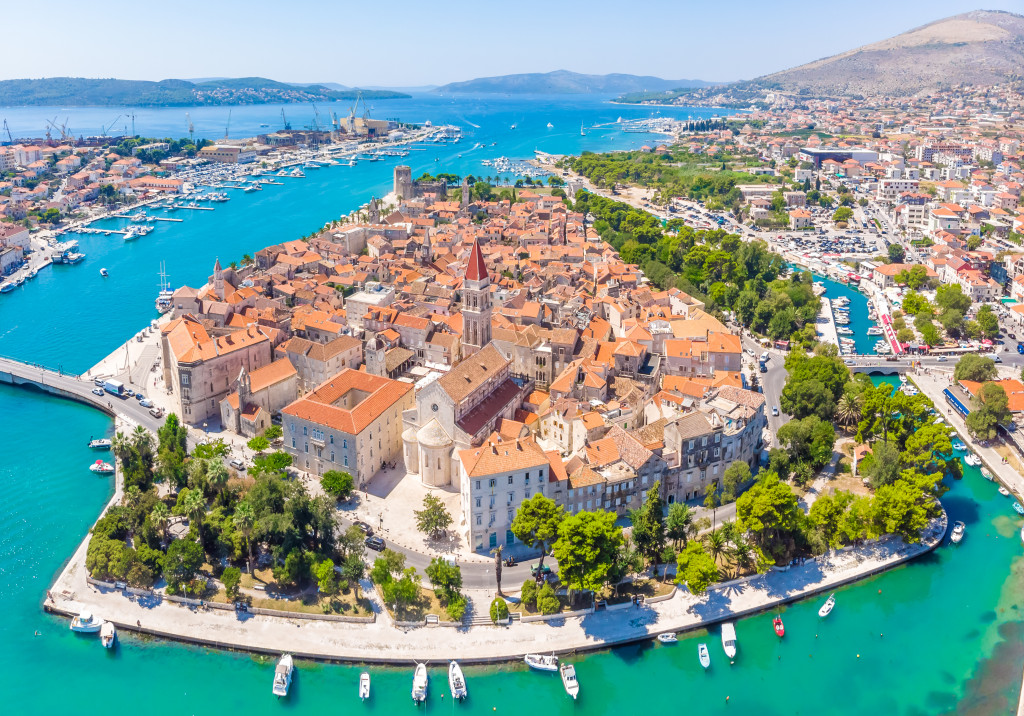 Mediterranean homes in the US come from influences from countries such as Spain and Italy. Combined with American ideas, contemporary Mediterranean houses are created. Also known as Neo-Mediterranean, this home style offers flavors of Greece, Morocco, and the two European countries mentioned above.

Mediterranean homes feature tile roofs, open arches, and stucco exterior walls. This style originated in the 1920s and is most popularly seen in California and Florida. It was popularized by architects Addison Mizner, Bertram Goodhue, Sumner Spaulding, and Paul Williams. These homes were created to complement the warm weather reminiscent of the Mediterranean.

This type of home dates back to the 1600s. The style is brought by British colonizers who stayed in New England colonies. New England Colonial homes are rustic with flavors from medieval Europe. Some characteristics of New England Colonial include a large chimney at the center of the home and diamond-paned windows.

Another colonial type of home is the Dutch Colonial. This style originated in the Netherlands. The style came to America through Dutch colonizers who came to the country. Since the Dutch settled along the Hudson River, the style is commonly seen in New York. When you go in the Hamptons, for instance, you will see impressive homes that showcase the Dutch Colonial style.

Some of its defining features include Dutch doors, a massive wishbone-shaped chimney, and slightly flared eaves.

In 1870, this Victorian home style was for plain folks. It was created in the age before railroads. People of the time created functional, square, or L-shaped houses. As industrialization came, modern details were added to these simple homes.

As technology became more available and woodwork became easier, most Folk Victorian houses were decorated with trimmings displaying different patterns. Its unique features include a symmetrical shape, brackets under its eaves, and porches with decorative trimmings.

Living in a home filled with history brings it so much character. Knowing a home style’s history also makes you appreciate your home better. If you’re living in a contemporary home, you can still add a bit of flavor and a feel of history.

For one, accentuate your home with brick wall panels. This gives your home a rustic charm and a semblance of homes from the past.