If the kitchen sink were broken and you were to hire plumbing services in Salt Lake City, Utah, would you trust a woman to carry out the job?

That question could prompt any person to raise an eyebrow. Since they no longer struggle with occupational segregation, the younger generation would find it strange why it’s still a question. We’re in the 20th century, after all. Whatever happened to fourth-wave feminism and the global cry for gender equality, right? For those who lived at a time where fixing things is a man’s work, however, the matter would be unsettling and less forgiving.

Back in the day, it’s no secret that the world was cruel to the Second Sex. The world was predominantly male, thanks to the somewhat skewed societal beliefs and gender stereotypes that people grew up with. There were also arbitrary roles given to women, which significantly contributed to the employment inequality and wide pay gap. The history of computing is a perfect example of this.

Computer programming used to be women’s work. Back when tasks were more straightforward, the job was considered as secretarial work, a job dominantly held by women. When computing systems became more complicated and required higher-skilled workers, the “computer girls” were sidestepped, and the job was upgraded to “men’s work.”

The computing phenomenon is not only illogical but also a clear manifestation of the biases against women’s abilities in the workplace. Back then, women were stuck with jobs that involve nurturing (caregiving, teaching, etc.) and those that require less physical work (secretarial work, tailoring, etc.).

But once women found the voice to demand equality in various aspects, society began to cave in. Governments allowed them to vote, and employers gave them job opportunities. Over the last few decades, industries that were once dominated by male workers are letting women fill more roles. 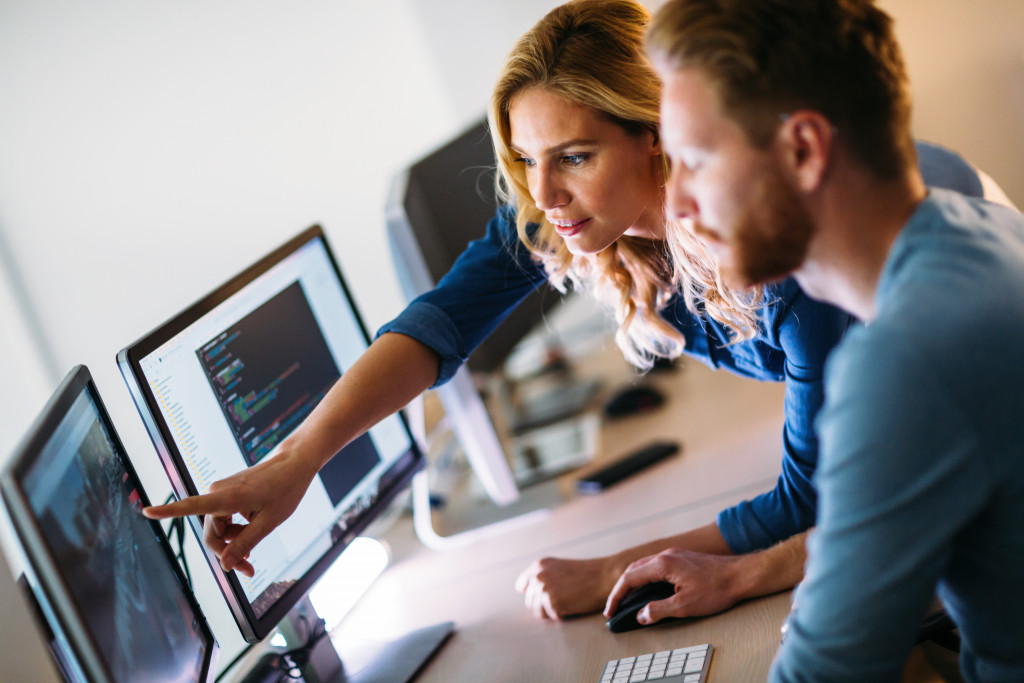 In a study by CareerBuilder, 23% of all jobs previously dominated by men are now held by women. The following top 10 jobs presented the most gains for female workers in the past eight years:

Can a Woman Thrive in a Male-dominated Industry?

Gender stereotypes, for one, make it difficult for women to thrive in traditionally “male jobs.” In a 2017 study by Laura Doering and Sarah Thébaud, it was found that people take an occupation less seriously when a female worker is involved. This is true in loan managers, a relatively gender-neutral profession. What more in male-dominated jobs?

According to Catalyst.org, in the workplace, factors, such as biases against their leadership abilities and sexual harassment, must be considered. In Canada and other parts of the world, women in male-dominated fields earn 14% less than their male counterparts.

While women are more empowered today than ever, there are still several serious matters to be dealt with before they can thrive in a man’s world. So if you’re a woman looking to take a non-traditional career path, consider these factors before you take the plunge.