Have you ever experienced this? One day at work, you took a break to go to the washroom and saw that your ear was bleeding slightly into the basin of water you just washed your face in. Upon further inspection, you realized that there was quite a lot of earwax stuck in your ears to the point where it physically hurt.

You tried to figure out what had happened. Was it because you lack proper ear care? Did your ear-cleaning regimen cause damage to your ears? To answer these questions, you need to know more about earwax and how it forms.

Earwax, medically known as cerumen, is a yellowish and waxy substance secreted inside the ear canal. Earwax is made up of dead skin cells, dirt, oil, and other secretions from glands.

To produce earwax is normal. Your ear will say thank you for it because it offers many benefits:

Sometimes, though, earwax becomes a problem. Here’s when:

What Happens When You Have Too Much Earwax?

Usually, as you move your jaw through chewing or talking, the built-up ear wax will gradually move toward the outer ear canal. In some cases, it doesn’t happen because the wax has already hardened or become impacted. 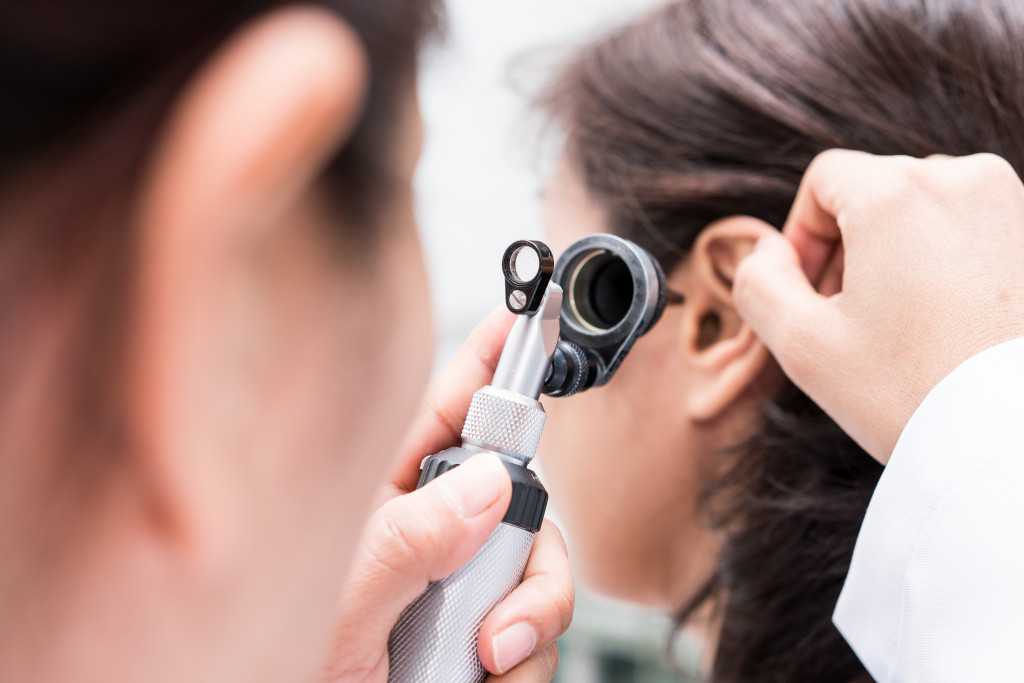 1. Hearing Loss – Hardened wax can block the ear canal and reduce your ability to hear. It also puts you at a greater risk of developing an external ear infection since it blocks airflow.

2. Earache – With a partially blocked ear canal, you might feel pressure or pain inside one or both ears.

3. Ringing in the Ears – You might feel like there’s a ringing sound in one or both ears when there is no physical source of sound near you. This is a symptom of the wax hitting the end of your ear canal.

4. Feeling of fullness in the Ears – You might feel that you have some kind of object stuck inside one or both ears, even if nothing is blocking them. Again, this is a result of hardened wax touching and affecting your eardrum or middle ear.

5. Dizziness – A feeling of lightheadedness or vertigo can also result from a partially blocked ear canal. This is because your ears play a huge role in balance. When the body moves, fluid inside your ears also shifts, which sends signals to the brain. This is why you feel dizzy when you spin around quickly.

How to Deal with Earwax Impaction or Hardening

There are at least two general ways to deal with earwax problems. The first is ear wax removal through microsuction. Microsuction is a process that uses a microscope and a low-pressure suction method. The camera makes it easier for the specialist to see the ear canal and remove all the earwax. It doesn’t use water since it is unhygienic.

The other is cerumenolytics or softening agents, which have been designed to melt the wax with super fatty acids. These include over-the-counter eardrops, which are available at pharmacies. You can also use baby oil, saline solution, and glycerin, to name a few.

However, to be on the safe side, see an ear specialist before you consider self-treating the hardened earwax. Some people end up injuring their ears when they put too much oil or use Q-tips when cleaning.

Excess earwax is normal, but it has to be regularly removed. If you wait too long between cleanings, hardened wax can form and lead to numerous health problems.

If the wax is causing pain or discomfort, contact your doctor for an appointment. If you’re not sure if it’s time to see a professional, set up an appointment anyway since anything out of the norm could be a cause for concern.