Male-pattern hair loss (also known as androgenic alopecia) is a common condition that affects roughly 50 percent of men at some point in their lives. The main causes can vary. Luckily for those suffering from hair loss, a number of treatments available could combat it.

What Is Male-Pattern Baldness?

Male-pattern hair loss is the most common cause of hair loss in men. Its effects are seen all over the body, but usually on areas with androgenic hair (hairs that grow in response to testosterone).

Commonly affected areas include the top and front of the scalp, as well as around the forehead, temples, and crown, though it can also affect the eyebrows, beard, and even eyelashes.

The condition, which typically starts above the temples and recedes towards the crown, causes sufferers to lose hair in an area that has three distinct characteristics:

Hair loss caused by male-pattern baldness should not be confused with other types of hair loss that tend to affect both sexes, including alopecia areata (which causes sudden patchy hair loss), telogen effluvium (which causes diffuse hair loss two to six months after a stressful event), and alopecia universalis (which causes complete permanent hair loss all over the body).

With male-pattern baldness, hairs from the sides and back of the head are unaffected.

The main cause of male-pattern baldness is genetics, with the condition also being exacerbated by poor diet, stress, hormonal changes or environmental factors.

Male pattern hair loss is caused by an increased sensitivity to dihydrotestosterone (DHT), a metabolite of the male sex hormone testosterone. DHT binds to androgen receptors in hair follicles and shrinks them, making them gradually finer and shorter over time.

Genetics play a major role in male-pattern baldness. It tends to run in families. If your father or male relatives are bald, you will be more likely to suffer the condition yourself. This is because there is an autosomal dominant gene that causes male-pattern hair loss (though different genes can cause the condition in different people).

The risk of male-pattern baldness begins to increase when men reach their midtwenties, but it is not uncommon for the first signs of hair loss to appear much sooner, even during adolescence.

Poor nutrition does not cause male-pattern baldness, but it can make it worse. Many sufferers find that eating a healthy diet and avoiding junk food can slow the rate of hair loss. However, it is also important to maintain a balanced intake of vitamin and minerals, as deficiencies in zinc, iron or biotin can actually cause hair loss. 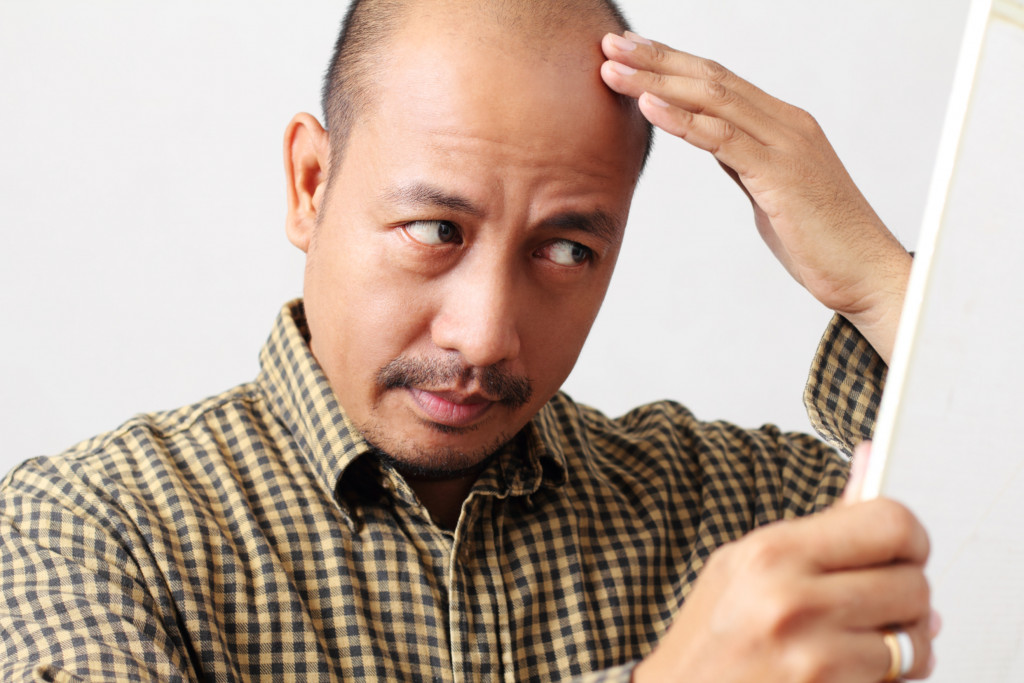 For many men, this type of baldness can decrease self-confidence that can affect their prospects of landing a good job or even a potential partner. Those who want to manage it can go to an aesthetic clinic that can offer the following treatments:

Male-pattern baldness does require attention from healthcare providers because of its link to other health conditions like heart disease. For those concerned about how they look, however, they need not worry as treatment options as already available.