Today, veneers are a popular treatment for the purpose of getting a great smile.  Veneers in London can be used to correct teeth that are chipped or broken.  They are also used to cover teeth that are badly stained, and in some cases, as an alternative to having orthodontic treatment.

Veneers are made from very thin pieces of porcelain that are shaped to match the teeth exactly.  They deliver immediate results that last for many years.  Many people who are considering veneers wonder about their history and how they were invented.  This guide explains how this treatment originated.

Many people are surprised to learn that the concept of veneers dates back to 1928.  A dentist called Charles Pincus was called upon to alter the smile of an actor who was making a film at the time and came up with the idea of creating small covers for the teeth he wanted to change.

Pincus refined these covers during the 1930s, but the one thing that was lacking was a good means of securing them for a prolonged time period.  This meant that though the first veneers worked to change the appearance of the teeth, they were not a long-term solution.

Michael Buonocore came up with the idea of removing a little of the enamel of the teeth to help provide a better surface for applying veneers in 1958, and this further advanced the concept.  It was not until 1982 that Simonsen and Calamia created the notion of making porcelain with hydrofluoric acid.  The combination of the invention of enamel etching and this new porcelain meant that creating veneers that could be attached to the teeth as a permanent solution became possible. 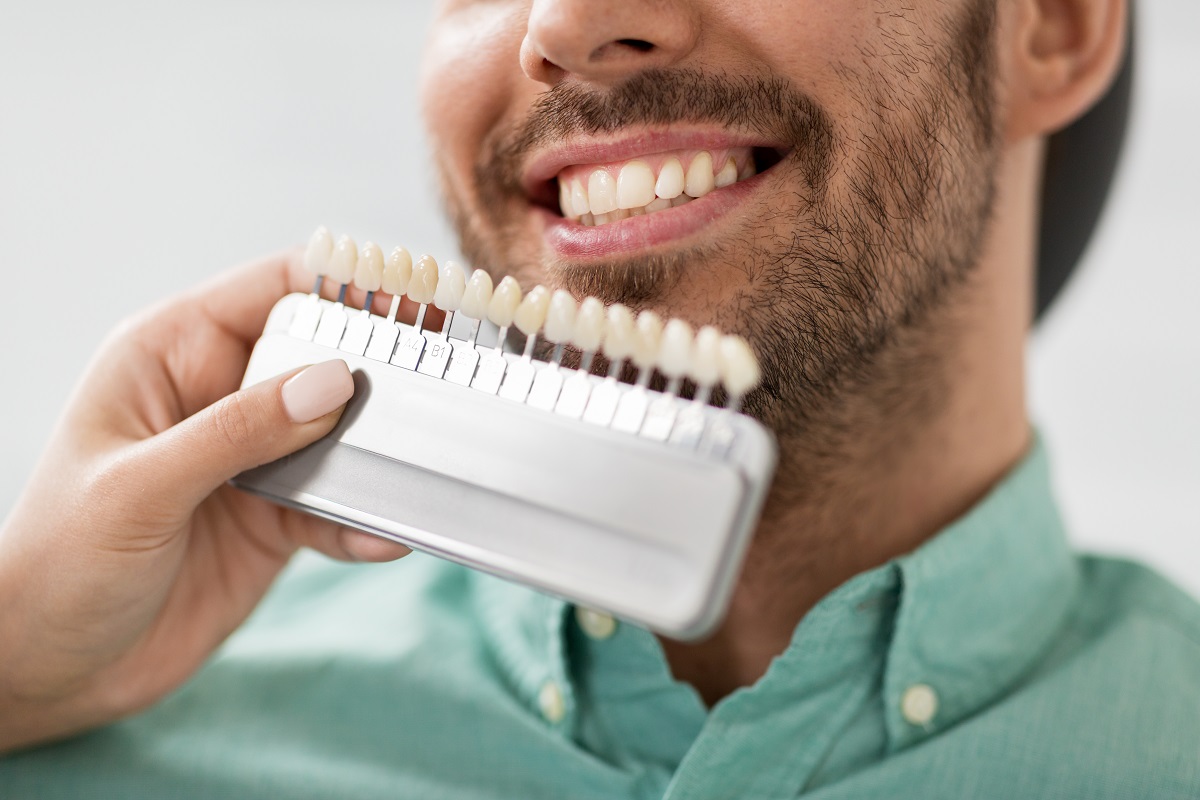 The evolution of veneers

The means of attaching veneers to teeth, or bonding, has developed considerably over the years.  The introduction of silanes has helped to make veneers more secure and longer lasting.

During the early years of veneers in the 1930s, acrylic was the usual material used for their creation.  There is still some use of this or other composite materials today, but this is usually considered to be a short-term treatment (often when the patient has had their teeth prepared for veneers and is awaiting their creation).  This is because materials other than porcelain are more easily chipped or damaged, and they can become yellow and stained too.

Treatment with veneers started to take off during the late 1990s, when celebrities began to discover that they could vastly improve their smile within a relatively short time period.  They realised that they could make their teeth look white, bright and straight without flaws in just a couple of trips to their dentist.  At this time, the average person did not have access to this kind of treatment.

Today, making the smile look Hollywood-worthy is no longer something that can only be done by the rich and famous.  Ordinary people of all walks of life are able to transform their smile using veneers, and they are reaping the rewards with renewed confidence that can restore youthfulness and attractiveness.